A quick & little 1D Cellular Automata doodle made yesterday in the early morning. (A Processing sketch.)

It’s a bit more interesting (in my eyes at least) to be able to leave the actual program running on a screen as a sort of screensaver; given it’s a generative thing. A video is a bit pointless.

[I always find/found anything related to (or using) Cellular Automata extremely fascinating..]

If i end up making other versions/variations, I’ll have them run in the browser at least, given what it is… ‘might as well.. 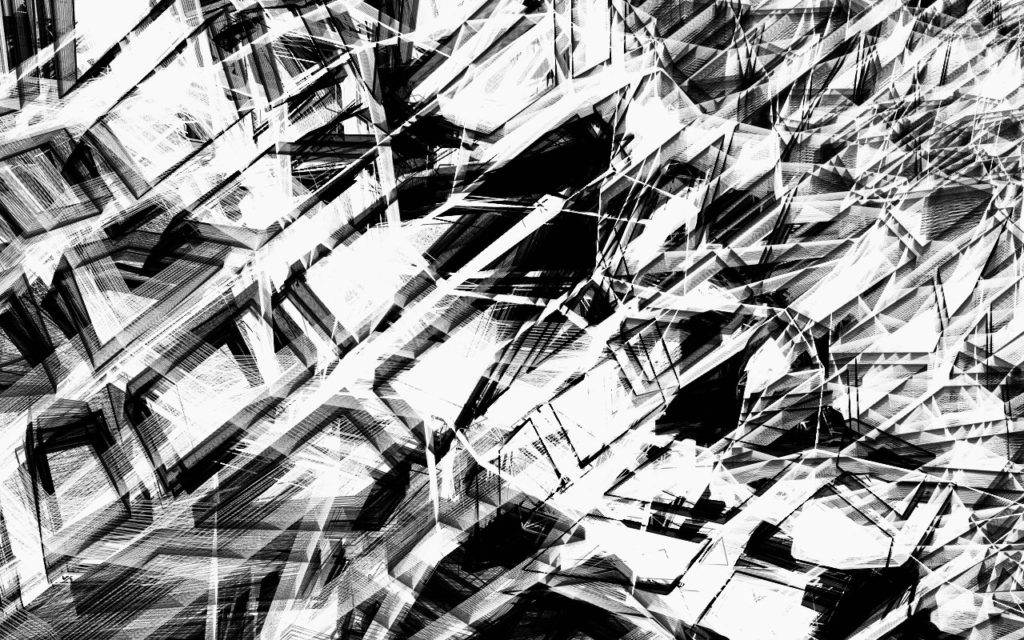 I could recover a version of this old sketch. [Re/see generative stuff/bookmarks (Better Broken Worlds)]

Made a quick & dirty recording of the sketch the other day before i continue some work with it.
— If you can, try to set & watch the video in 1080p or it’ll probably only look like blurry mashed pixels.

Yes it’s 12 minutes long and there isn’t many action sequences, idk, consider it like a Slow TV kind of thing.

[#Absolutely Not A Screensaver.]

Note: This version of the sketch, this wip snapshot in this current form, is a sort of drawing tool.

Got back to a bit of Processing(1) from 2015. Only to the old low resolution 72DPI renders/screenshots/lossy JPGs i still have. Not really fit to print. [Note: i used a common/consumer printer] Didn’t think it could turn OK. So, for now, bookmarks…

Later (weeks/a month or who knows) I’ll take a look to rewrite the piece/s of missing source code…
To be continued.

[The colour ones are the results of a printer bug/glitch]

Inside a room of undefined size.
The overall light is faint.
The room appears to be lighted by scattered spots, yet dim. Their sources are indiscernible. The many rays of dim light are broken again and again as they run across the space. They seem obstructed by a forest of what appears to be recognizable as having the form of boxes. Boxes without a properly defined contour. They are stacked up to the ceiling.
We discern a silhouette amidst the fuzzy chaos. Face looking down toward various unidentifiable objects, scattered on the floor. He is trying to sort them out. His movements indicate a sort of half-haphazard half-mechanical habit. In sporadic moments he’s seen interrupted in his work, frozen for 10, 20 or 30 seconds. Sometime perhaps over a minute or several. The faint light makes it hard to see the look on his face. He sighs.

I still really like this generative ‘artworks’ series i did in Processing a while ago… (of which one is pictured below) Kinda wish i did more with it, or did more things along those lines.(1)

[I’ve been meaning to print bookmarks for myself for some time based off this stuff, perhaps reusing the source, but…](1)

— Brian Eno, Generative Music, from A Year With Swollen Appendices, 1995

Written at the end of the 1960s, this short text is one of the most experimental of Samuel Beckett’s pieces of fiction. It was originally written in French, entitled Sans (“without”), and translated by Beckett himself as Lessness (New Statesman, 1 May 1970). Partly inspired by experimental music by John Cage and other 1960s compositions, Beckett created a rigid framework within which he allows chance to be the main structuring principle of his text.`

Lessness is a prose piece by Samuel Beckett in which he    used random permutation to order sentences.  Although    Lessness is linear prose, its orderly disorder calls for a    reading process in which the reader works to untangle the threads of    sameness and difference to discern the underlying structure,    becoming aware of the usually unconscious processes of    interpretation. Tightly interwoven contradictory perspectives drive    the reader’s attempts at reconciliation. The two halves of    Lessness are two of the 8.3 x 1081 possible orderings of Beckett’s 60    sentences.

I couldn’t find the original text in french.

(Maybe i’ll type it once i get the book.)